Looking back at the charts of bitcoin’s price over the last few years can easily fill one with envy that they didn’t buy and sell their bitcoins at the right time. The beauty of hindsight. But what was going on around the times of bitcoin’s spectacular rise and fall? Why did it happen? And can we predict where it will go now? The answer to all of those questions is not very black and white and there are a lot of factors to consider. In this article we will be looking at where bitcoin is heading and the general climate of cryptocurrencies and technology in general.

To get an idea of where bitcoin could go in the future it is worth looking at what exactly bitcoin is and why it has been such a headline-grabbing phenomenon in the last few years.

Bitcoin is a value holding token which can be used as a currency. It’s lack of any real value or attachment to any government made it quite an interesting prospect for many investors who thought it would be increasingly useful in the future. This however led to seriously inflated prices and an eventual crash.

Bitcoin’s uses a technology called blockchain which works on the basis of a distributed ledger. This means you can’t falsify data or transactions making it very secure. This has led many businesses to adopt blockchain technology to keep data secure and use tokens as a way of validating transactions. Smart contracts and ID cards are two uses that could help make processes and potentially people’s lives easier.

Due to the lack of connection with any government or central bank Bitcoin is a truly international currency. It has no links to physical material such as gold or oil and government policies do not impact it’s circulation. This has potential pros and cons but many countries may not like the idea of it as it would mean they can’t benefit from favorable exchange rates on imports and exports. A world where Bitcoin is the main currency would seriously impact world trade.

The underlying ledger technology that Bitcoin uses is called blockchain technology. It is incredibly useful in business settings and is quite possibly the future of the way business is done. Things like smart contracts could shave days off of business and legal schedules. And theoretically, they are far more secure than the way things are done now which are sometimes still on pen and paper.

Even things like our laptops and mobile phones may one day run on blockchain technology to better keep our data secure.

Bitcoin has far-reaching consequences for society. It is a drastically new way of thinking about money as well as using it. It could potentially alienate people who do not have access to the technology to use it. Many people also have concerns about the fact that one can make anonymous payments using Bitcoin. It has been in the headlines a lot for use on the dark web in untraceable transactions. The reason these transactions are untraceable even though the ledger is public is that even though it says there was a transaction. It does not give your details. So there are ways of making your transactions undetectable.

On the other hand some people argue that the fact there is a public ledger will make it much harder for corruption to prevail. The lack of any central authority over it also means that no single body controls it.

The future of Bitcoin is uncertain. We may have another bull run where the price far outstrips the value of it. Or alternatively, the fears over price fluctuation could mean it goes undervalued and ultimately underutilized. The future of Bitcoin will most likely depend on the underlying technology and the benefits it has rather than simply a speculative investment.

Whether you own, plan to own, or are simply just interested in Bitcoin, hopefully, this article shed some light on a few of the things to consider when thinking about Bitcoin. It is a fascinating development in the way we think about money and could be an everyday currency in the future, or it could be a trend that came and went! 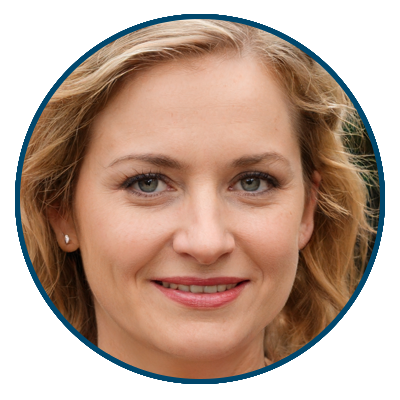 14 thoughts on “6 Things to Consider When Thinking About Bitcoin”