I know what you are thinking: Why would anyone want to work more than they need to? Is it not time to kick back and relax after a certain age? Working into your seventh decade can be a bit counter-intuitive. Your body does not spring up the way it used to every morning when you were younger, and you have no patience for surly bosses and long hours. You can do other interesting things and be with people you care about. Nonetheless, there is something about work that can be very fulfilling: In case you are assisting others or find it enormously satisfying, then that makes a difference. There is also the redeeming quality of having put in a decent day of labor or social connections.

In case you have been working hard all of your life, and your body is screaming to you, to stop, read no further. But for those who want to continue reading, keep on. Most of the seniors are working longer because they can- or want to. In fact, employees age 65 and older are becoming a larger share of the nation’s workforce. Some seniors also stay employed to build savings for retirement or to delay claiming Social Security benefits, which can cause a more substantial monthly gain once they do. The United States Bureau of Labor Statistics (BLS) projects that by 2024, five years from now, thirteen million people aged sixty-five and older will still be working. These senior workers will constitute the fastest-developing segment of the workforce from 2014 to 2024. Whereas the total number of workers is expected to increase by five percent over those ten years, the number of workers ages sixty-five to seventy-four will increase by 55%. For people seventy-five and older, the total will increase to 86%, following BLS projections.

What studies say about people working past retirement? The reasons these seniors continue to work past traditional retirement ages are varied and personal; the effect their experience and ability can have nationally and worldwide is significant. A review from the Organization for Economic Cooperation and Development (OECD) reports that in the conditions of population aging, mobilizing the possible labor force, sustaining high productivity aging, mobilizing the potential energy more fully, and supporting high productivity at an older age is critical.

A separate survey carried out by Provision Living Communities in St.Louis also looked at why people are working longer. The survey, carried out in August, asked more than 1,000 people between the ages of sixty-five and eighty-five why they keep on working either full- or part-time. The average age of those surveyed was sixty-seven, and respondents were sixty percent male and forty percent female. More than 60% of the respondents in the Provision Living survey said they continue to work for financial reasons, inclusive of not being able to afford retirement. (Thirty-seven percent) said they continue to work to support the family (twenty-three percent), paying off debt (nineteen percent) or mortgage(thirteen-percent), or saving a big expense (four percent).

The remaining respondents, accounting for thirty-two percent of those surveyed, said they keep on working for personal reasons like enjoying working (forty-five percent), preventing boredom (eighteen percent), shifting to part-time employment (six percent)  or avoiding loneliness(six percent). The standard retirement savings of the seniors in the Provision Living survey who are still working are about $133,000. Standard savings are higher among college-educated respondents ($ 169,000) and lower for seniors without a college education ($80,000). Most of the working seniors said Social Security would be their primary source of income after retirement(seventy-percent), followed by pension and 401(k) income(37% each), stocks (20%), personal savings (27%) and support from family (11%). The seniors are vital because they have a lot of experience. Typically, they have been contributing to the economy and their work. They have great potential.

Some signs suggest that workers are starting to think about what they can do to include sixty-five and older to assist them in being more successful on the job. Employers who advance their definition of inclusivity to welcome older workers, and establish the learning programs to make the most of the sixty-five plus talent pool, will enjoy a strategic hiring advantage in 2020 and beyond. However, for most people who are working past their retirement age, the objective is not so much to be part of a developing trend but to keep doing work they find fulfilling. But what do you need to know about the un-retirement trend? Here are some questions centered on the study from United Income:

Whereas chronic illness and acute disease are devastating to some, millions are maintaining their health via exercise, healthy eating, and staying active. This might be one of the essential elements of why people still want to work. They feel good, mentally, and physically. They want to stay engaged. Of Americans aged sixty-five or older and working or looking for work, the study reports seventy-eight percent report being in sound health or better, up from seventy-three percent in 1997 and sixty-nine percent in 1985. As a result, more retirement-agee people can work: 77 percent feel no restrictions in the type of work they do, compared with seventy-one percent in 1997.

Are you educating yourself?

Whereas a college degree certainly does not guarantee a long life, there is a link between those who are educated and longer life spans. The ket is if you are involved in lifelong learning.  You do not essentially need to go out and earn a professional or Ph.D. degree. Simply keep learning new things. The study notes that college-educated adults are the fastest-growing workforce segment among retirement-age adults, pushing up incomes for senior workers. The share of adults that are sixty-five years or older and working that have at least a college degree increased from twenty-five percent in 1985 to 53 percent in 2019. This pushed up the average real earning of retirement-age workers by sixty-three percent during this time from $48,000 to $78,000. The more education you have, the more money you can earn. However, this is not universally true, even though the highest wage earners tend to have extensive education.

Do you want to coordinate with your spouse?

According to Richard Johnson, a director of the program on the retirement policy at the Urban Institute, most husbands and wives hope to retire within a year or two of each other. Once you retire, you have more leisure. More often, people want to spend that leisure with their spouse. If your partner is much younger or only not ready to retire, working for more years yourself is an easy solution to the home-alone syndrome.

Maybe older seniors are not interested in a profession, per se. They just want to keep offering services at something, so they all accept jobs that are not virtually fast-track positions. Researchers have documented arrangements such as bridge, part-time jobs, and phased retirement that makes the way to full retirement less abrupt. Besides, the jobs in which Americans are concentrated change: Senior Americans are more likely to work in white-collar professionals and retail, while younger Americans are more likely to work in physically demanding fields such as manufacturing. What this means for workers of any age is that they can view work differently and adapt to changing circumstances via lifelong learning and staying healthy. The possibilities are endless. 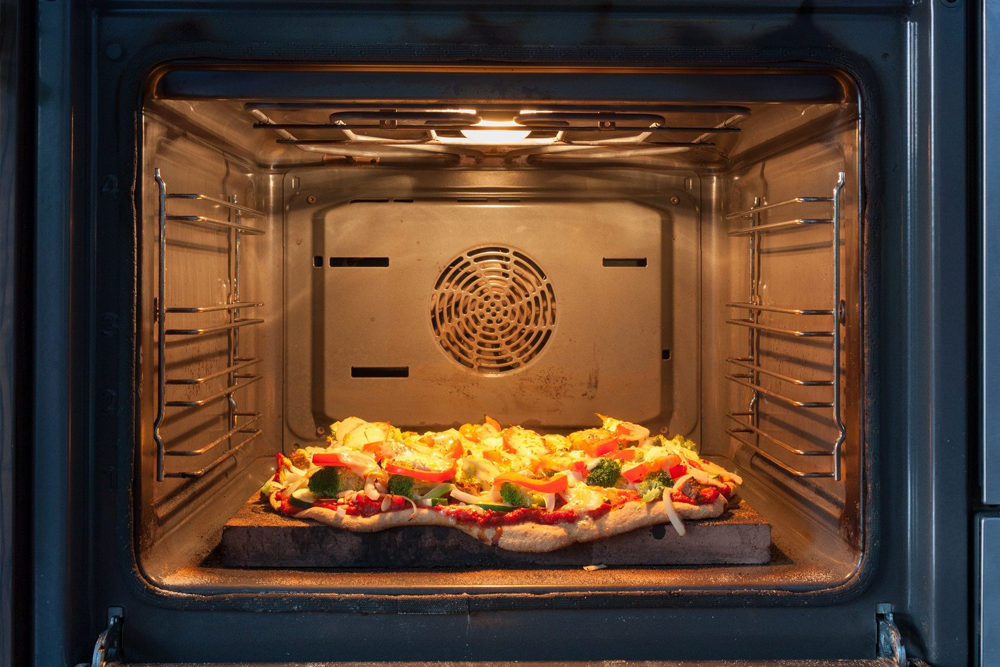 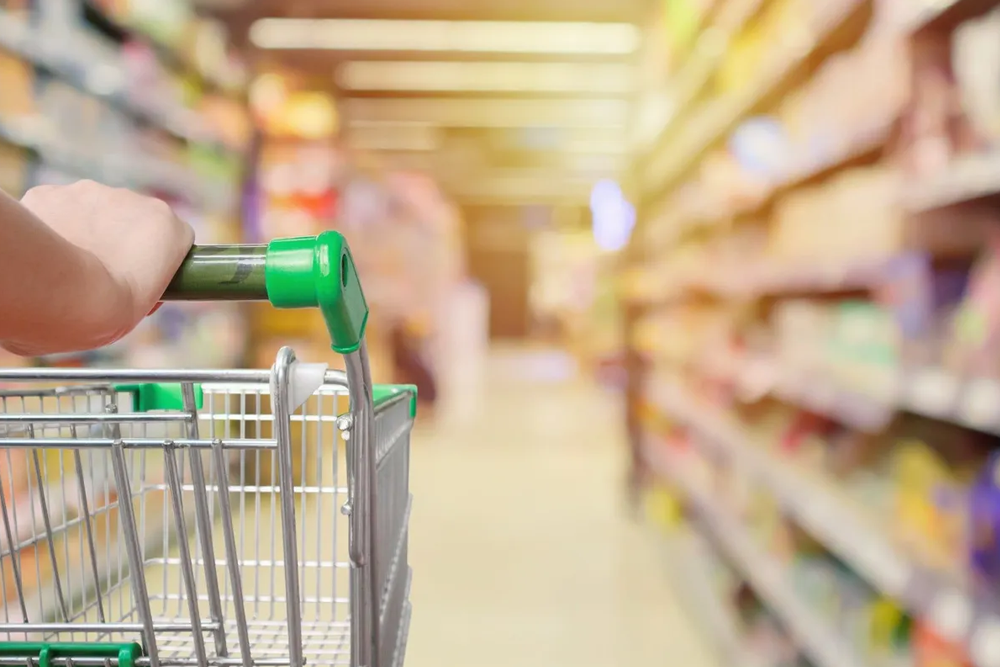 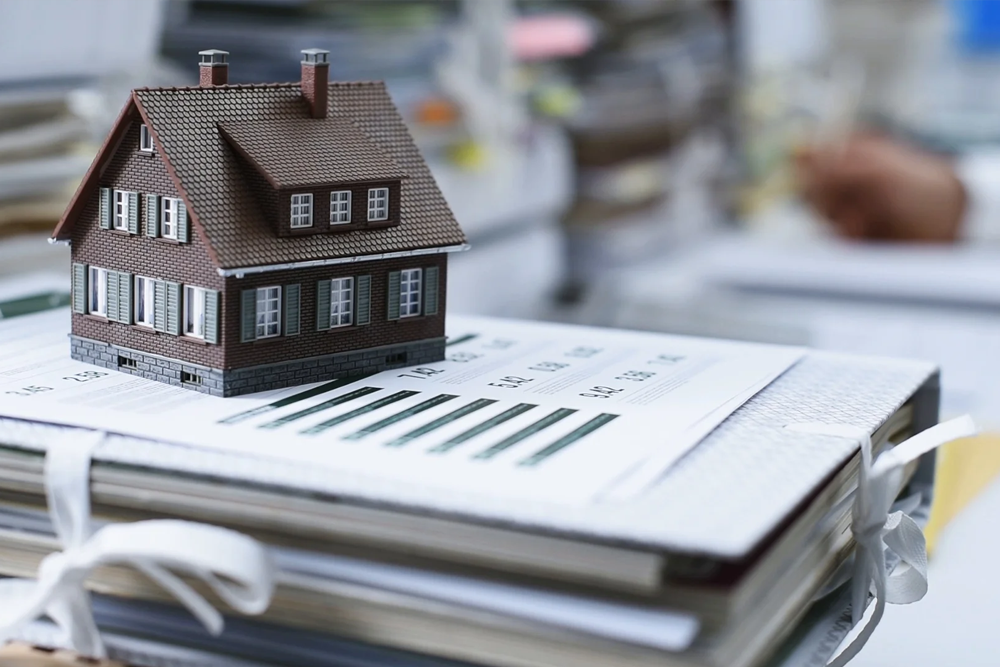 Loans vs. Mortgage: Comparison and Difference 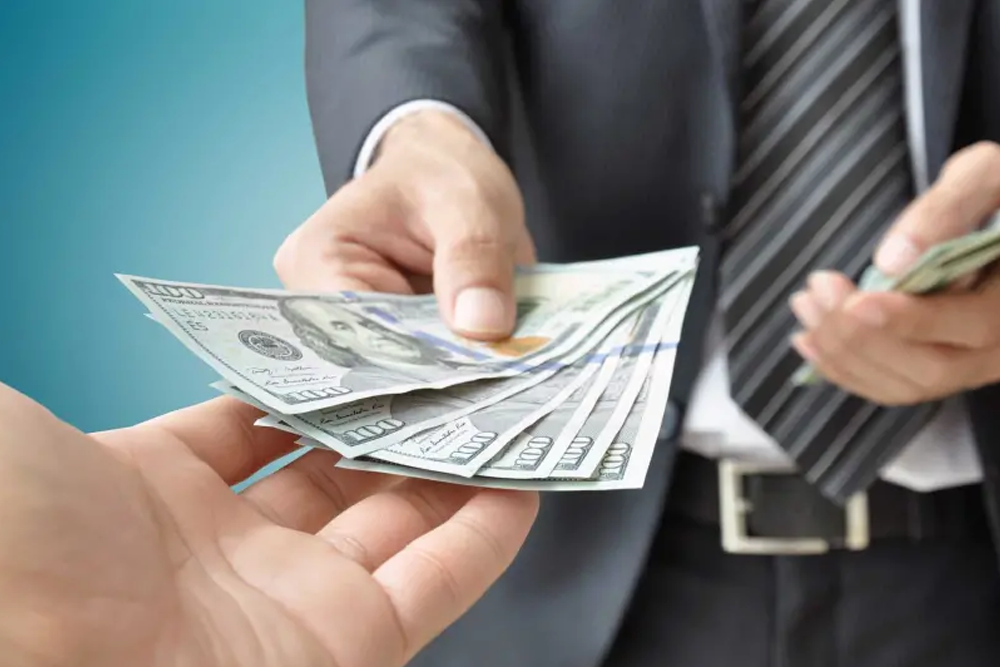 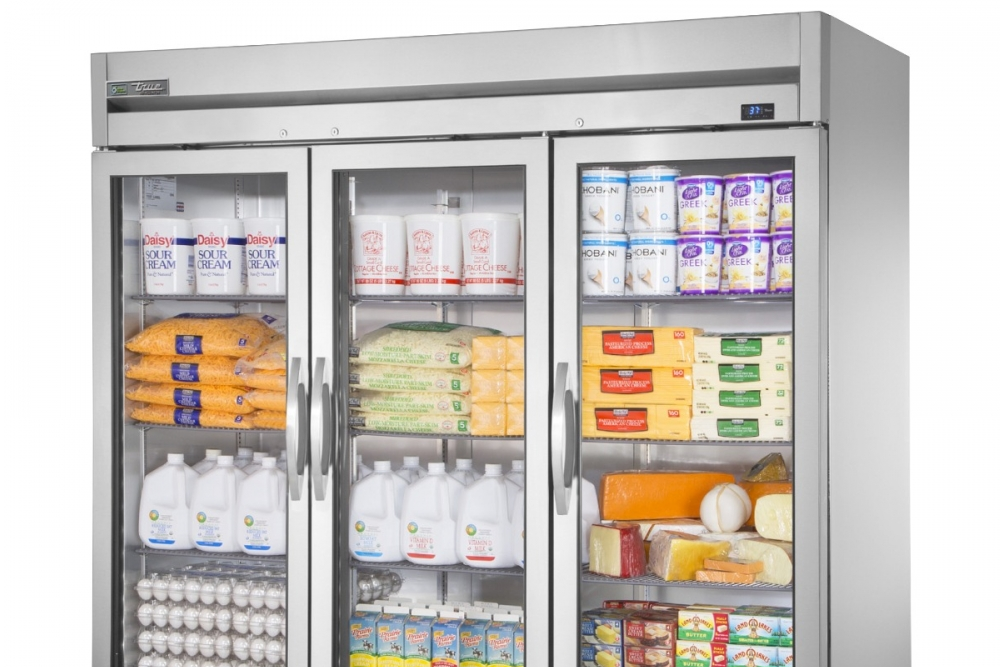 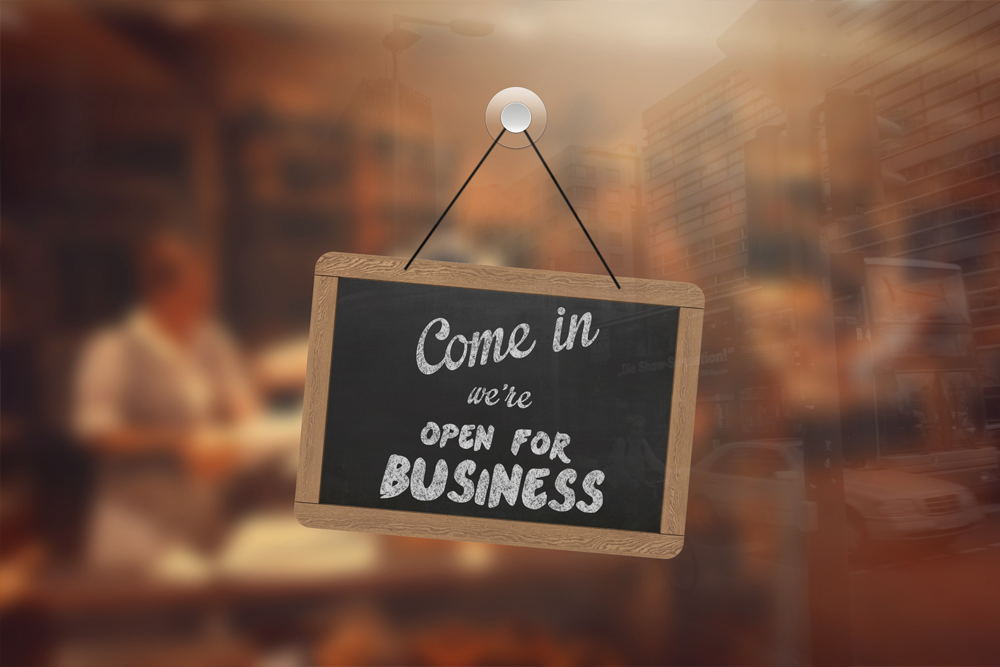 The Ultimate Guide To Starting A Business With No Money 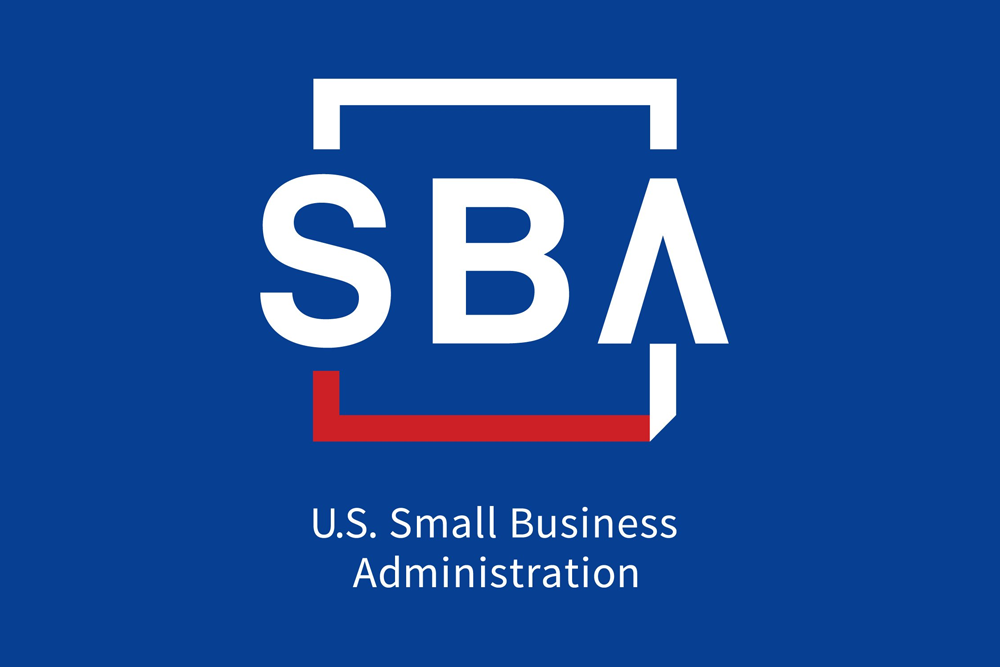 What types of loans does the SBA loan program offer? 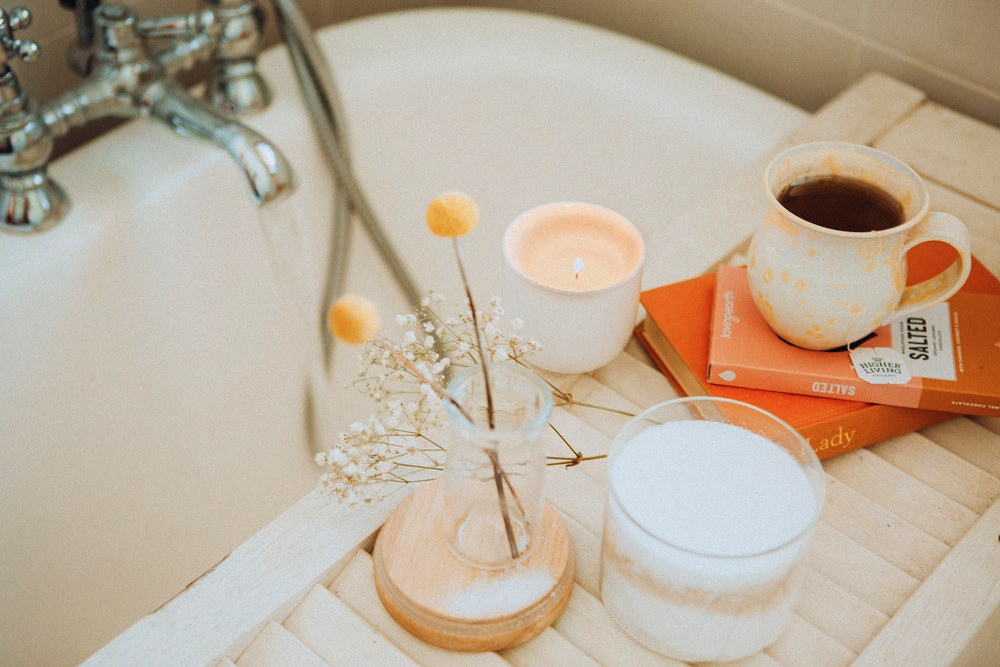 How To Pamper Yourself On A Budget