Whether you are a senior about to leave college and enter the real world or you are about to go to college as a freshman, you know how challenging it can be to balance school and work commitments, family, friends, and yourself. You also possibly know just how difficult it is to broke (or almost broke) a college student. This is the reason why learning how to manage your money now will assist you for the rest of your life. It might feel like you can’t fit learning money management into your busy schedule, but you can! Here is how, during your free time, just switch up your typical YouTube routine with a quick video on money management or budgeting.

Designed and hosted by Marko Zlatic, WhiteBoard Finance was launched in October 2017. Today the channel has already gathered almost sixteen million total views. It specializes in personal finance, entrepreneurship as well as investing in the stock market and real estate. The channel has more than 298,000 subscribers. Interestingly though, Marko’s most famous video by far was one about cars- How Car Dealerships Rip You Off (The Truth). This video generated an incredible six million-plus viewers. Noting that Marko covers virtually any idea that is financial, inclusive of the auto purchase game, he decided to reveal- on another video- how much money he made on that five million viewer presentation. The video answers the question that is on a lot of YouTube viewer’s minds, namely- how much money can you make on YouTube. Besides, YouTube has become a big part of how so many millennials are creating their businesses and growing their fortunes.

Going only by his first name, Jeremy, however, his Financial Education YouTube channel has generated over 402 000 subscribers, with over thirty-three million views. Jeremy went from having no money at all at the age of nineteen to owning a $200,000 stock portfolio by the age of twenty-four. Now he is sharing the secrets of his success with others on his YouTube channel. He offers his subscription-based on Private Stock Market Group of viewers who want to get more information.

Whereas he does babble in other ideas in his videos, mainly how to save money, he mainly presents content about investing in the stock market. In them, Jeremy covers everything from his own personal stock holdings to how-to videos to assist viewers in building their own portfolios and discussions about individual stock performances. He has been working at his YouTube channel since the beginning of 2016 and has converted hundreds of videos to keep the audience coming back on regularly.

Stephan’s story is one of the most impressive you will find from any YouTuber. Rather than going to college, Graham went into the real estate business at the tender age of eighteen. Not only is that incredibly young to venture into real estate, but he did it the worst time possible.

This was during the Financial Meltdown, when it was almost impossible to give away a home, leave alone sell one. However, still, he did so much that he became a millionaire at the age of twenty-six. With over 1.5 million standard subscribers, his videos have attracted over 1000 million views since he started the channel in December 2016. In a span of just over three years, Stephan has turned out hundreds of videos. And while he might have made his fortune in real estate, he covers other ways to generate money, investing, how to save money, buying cars, credit scores, and more. Most of his videos have garnered more than one million views each.

Nate O’Brien takes a different route from most other financial YouTubers in that his YouTube Channel also has a massive number of videos emphasizing minimalism, together with investing and other personal finance topics. If you look at his About page, it indicates with a quote from Steve Jobs: ‘Your time is limited, so do not waste it living someone else’s life.’ That type of approach by Nate O’Brien has garnered 445,000 subscribers and almost twenty-two million views.

Even though his investing videos tend to be of the high-altitude variety, Nate O’Brien weaves plenty of personal experience into his productions. For instance, he shares his journey of how he made $220,000 on YouTube, his everyday routine for maximum productivity, and how he improved his own credit score up to 800. Besides, there is even a video about his minimalist apartment that has drawn 1.4 million views. This kind of transparency could be the reason, Nate O’Brien YouTube channel is so popular.

Ryan Scribner is a financial YouTuber with a particular emphasis on investing in stocks, even though he does cover a variety of other topics as well. With his focus on building a big stock portfolio with small, regular contributions, it is not difficult to see how his YouTube channel has developed to 551,000 subscribers. However, stocks are not all Scribner covers. Like most financial YouTubers, he also provides plenty of advice on how to cut your living expenses, earn some extra cash, retire early, travel on the cheap, start and manage a business and create passive income streams. And if you are looking for the best investment apps and services, Scribner does regular reviews of various products. If you are a Millennial looking to build a financial future, Ryan Scribner’s a YouTuber is worth following.

Andrei Jikh’s YouTube channel is focused on teaching personal finance, financial minimalism, and investing. The Youtube Channel has 418,000 subscribers and has drawn almost thirty million views. What is interesting about this YouTube channel is the incredibly wide variety of ideas Jikh covers. Whereas you would naturally anticipate seeing plenty of associated investment videos- and there are a good number of those- many deals with bigger picture financial problems in life.

For instance, Jikh has videos depicting how to save 50% of your income, how to retire by thirty, how to set goals, calculating the renting-versus buying decision on your home, and protecting your assets. However, one of the most impressive videos deals with the topic of when you should sell your stocks (Jikh lays out five rules for selling). In contrast, there are so many financial videos and analysts that inform you what stocks to purchase and when, very few offer you the other half of the investment equation, which is when to get out.

The financial Diet YouTube Channel is hosted by Chelsea Fagan (among others) and has a companion financial blog at the same time. This channel has been around longer than most, having been established in the middle of 2015. And it has 775,000 subscribers and about sixty million views to show for it. The financial Diet takes top honors in two segments: the diversity of ideas it covers and channel organization. All the video categories are neatly broken down, appearing under career college, lifestyle, and budgeting. 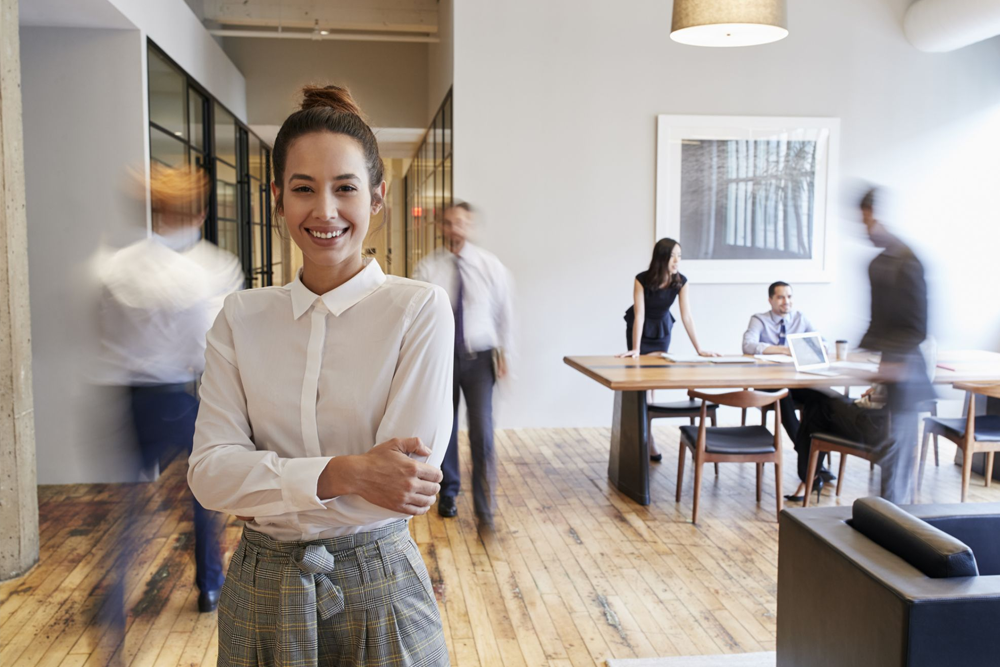 Secrets To Becoming Rich In Your 20’s and 30’s (This stuff really works!) 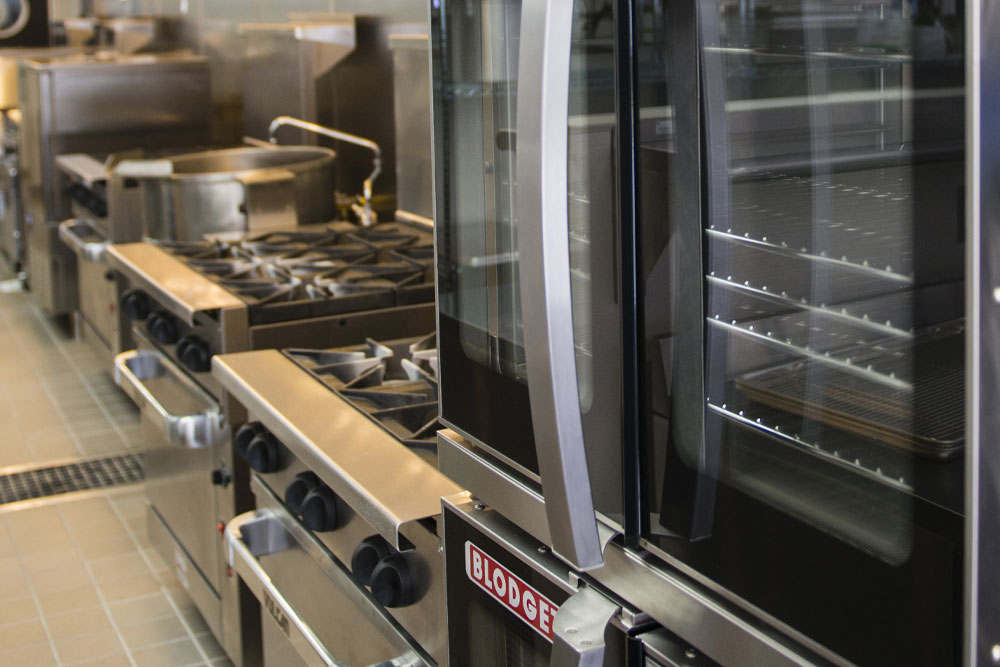 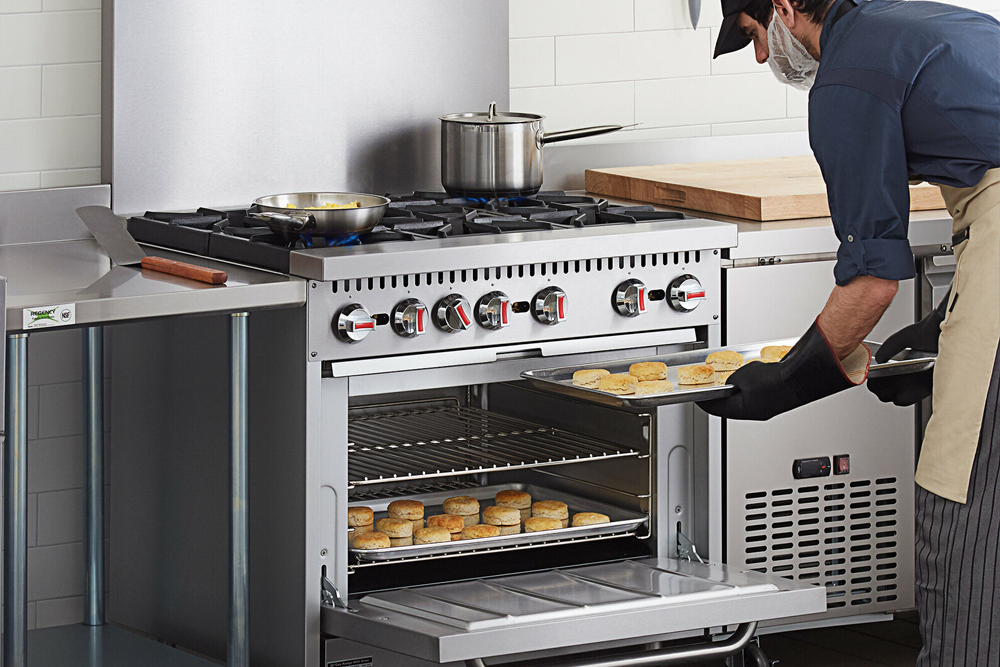 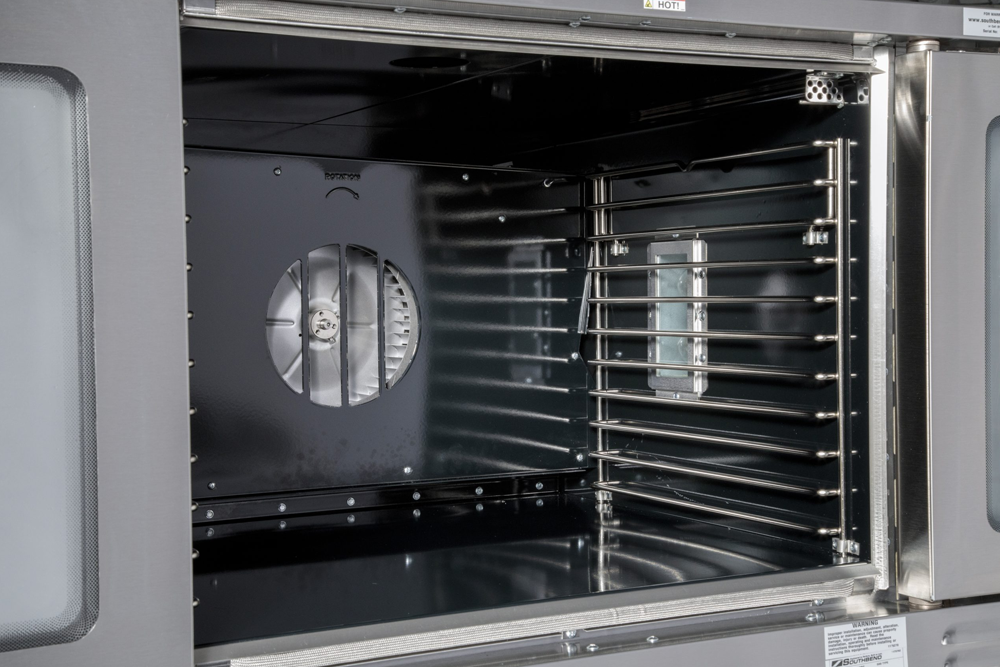 What is Invoice Factoring? It’s All About Fast Cash (But Watch Out For Those Fees) 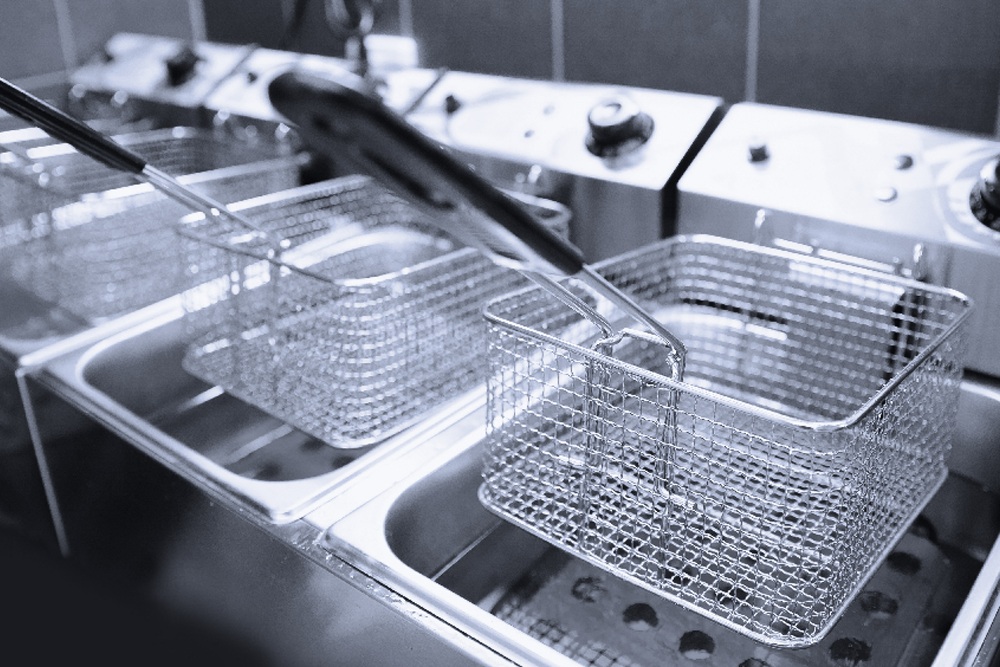 7 Ways to Improve Your Credit Score with Tradelines 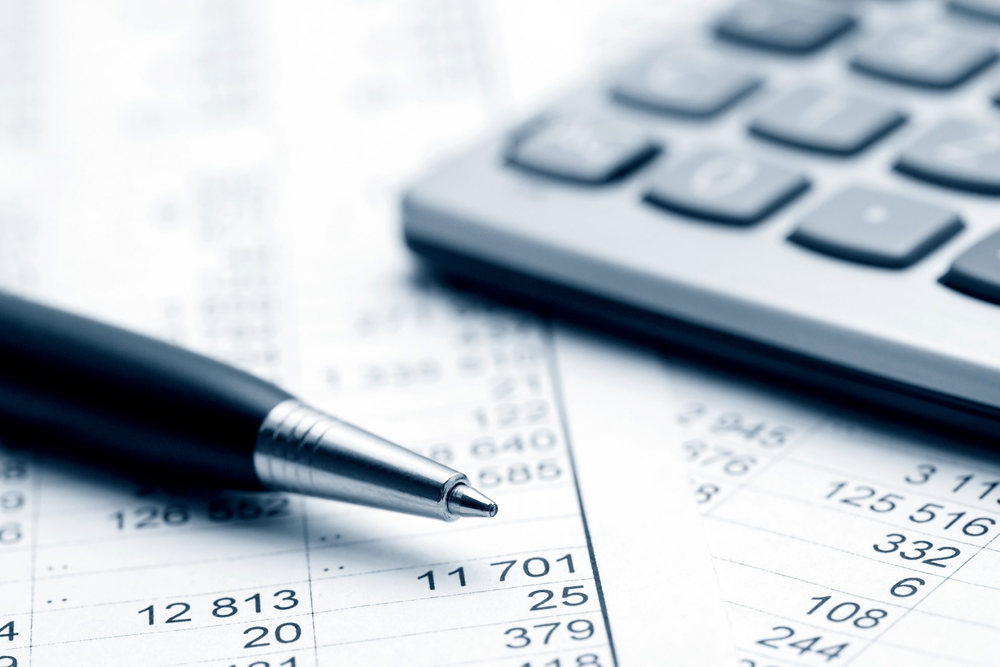 How Does Internally Financing Your Equipment Work? 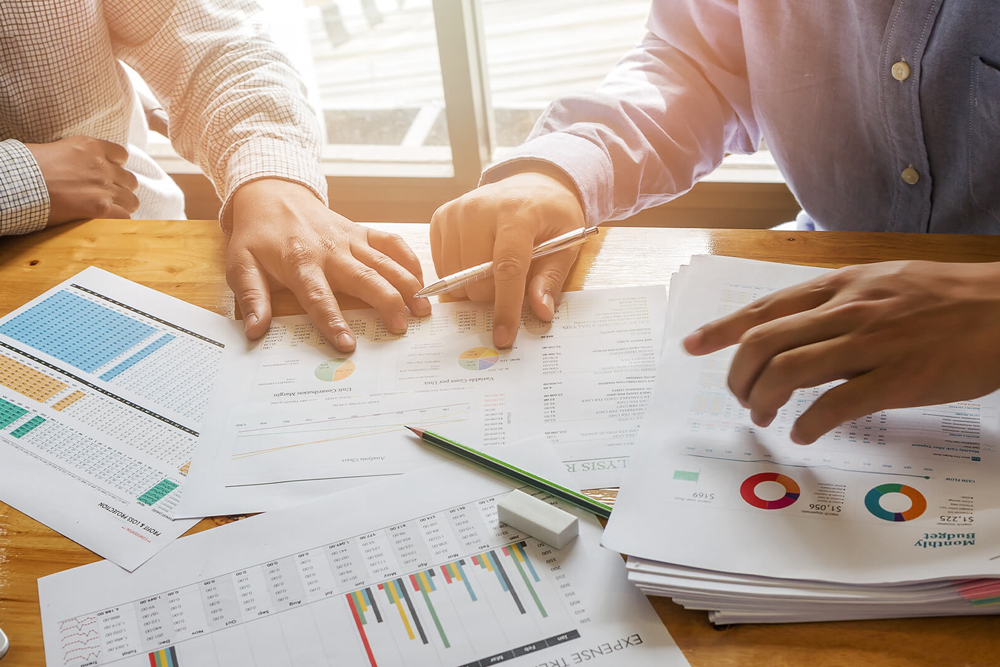 Financial Advisors: Everything You Need To Know About Them